This is true, categorically and unequivocally. I stand with all black and brown people for equality. If you take nothing else from this post, please take away the truth that Black Lives Matter.

If you agree with this and have white privilege by merely existing, then this is a call to action for you. It’s long-winded because I’m filled with emotion and a bit of wine, but I sincerely hope you see this as a starting point to be an ally. Use your privilege as a way to help the “Blue Lives Matter” group know the truth. 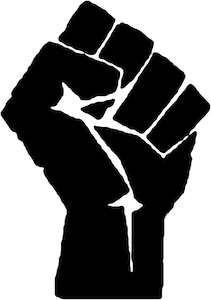 It seems that nothing has changed. Now is the time for change.

Emotional trauma, for me, results in overthinking. As such, I began thinking about why anyone would stand opposed to this obvious call to change and a truth: Black Lives Matter that everyone needs to repeat, believe and mean. It’s painful to imagine people honestly disagreeing with this statement at their core. These dissenters exist, though, and I want to understand them. 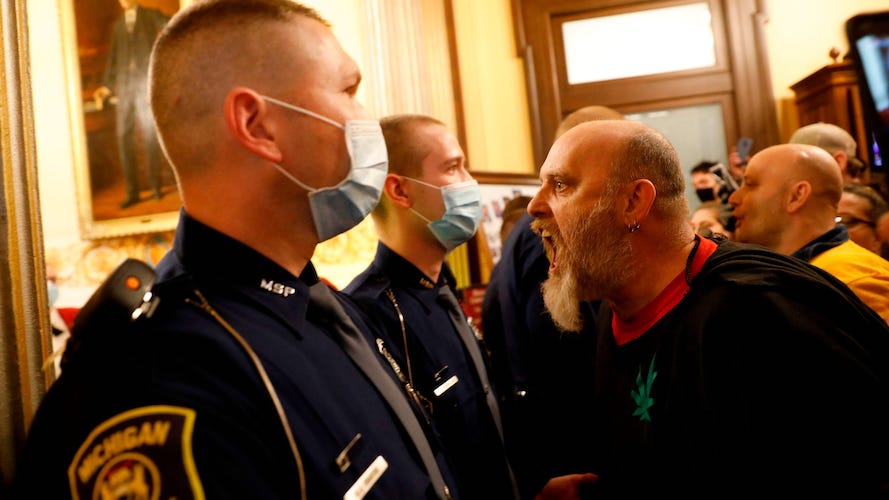 Just like the current president, the Blues are outrageously selfish. They believe that they deserve everything that might come to them and more. Oppression to the Blues feels like an equally Unprotected class gaining faster than themselves. Seeing something like Black Lives Matter gain traction makes the Blues feel oppressed. It appears to them another group is gaining social standing faster than themselves. To the selfish eyes of a Blue, this is a travesty and cannot stand. This, along with the Bayesian prior of strong systematic racism, we can see the genesis of Blue Lives Matter / All Lives Matter.

Even with this logical understanding, I still couldn’t fathom how a Blue could hear Black Lives Matter and not empathize with it. Do they genuinely think that Black lives do not matter? Was there some dissonant disconnect I missed? It seemed odd to me that a person, regardless of their background, could see a video of a man murdered by a cop and not be outraged - black or not.

That’s when I stumbled across this tone deaf gem: 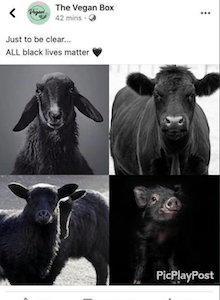 Skipping over the abhorrent comparison that whiffs of the 17th, 18th, and 19th century racism, this post still holds relevance. I read this post and conclude that there is no universe that I can make the comparison this group makes. Frankly, it’s angering, antagonistic, and upsetting. I definitely agree with treating animals humanely. Factory farming is terrible, but it’s not in the same ballpark as Black Lives Matter. Fuck, it’s not even the same sport.

However, I’m thankful for this post because it helped me find empathy for the Blues. As despicable as it sounds, the way I feel about this post comparing animal rights with Black rights, justice, and equality parallels how the Blues feel about BLM. The same way I cannot equate the two in my wildest dreams matches how the Blues see Black Lives Mattering as inconsequential compared to what they care about: themselves.

Our knee jerk has been to write off the Blues as unenlightened deplorables and try to move on with our lives. It allows the Protected class to sit in our ivory towers and feel morally justified. It enabled us in 2016 to conclude that Trump couldn’t be elected, no way no how. We literally erased the existence of the Blues from our brains as non-humans, so much so that we forgot they voted.

In the coming months, as the BLM movement forces the country to change for the better, we cannot leave the Blues behind. We have to build bridges, not walls. We have to find a way to bring them with us, or else we will divide our country even more.

Pulling the Blues with us will require finding empathy and compassion for our enemies. It will require going into the belly of the beast and meeting them within their hate. But by doing so, we can speak with them rather than at them. This will help our country heal.

Just to be clear, black rights, justice, and equality is priority number 1. Full stop. However, if we don’t find a way to bring compassion and understanding to our enemies, we face a host of unknown problems in the future (take the current president as exhibit #1).

I’m scared of doing this, and I don’t know what this playbook looks like. But I genuinely believe this is the best way we can be allies.

[^1] - Apologies for the cognitive dissonance because most Blues are actually Red. [^2] - Peggy Noonan received the Pulitzer Prize for her 2016 WSJ article Trump and the Rise of the Unprotected (paywalled). She describes the political divide less as a Left vs. Right and more as a Top vs. Bottom. The top consists of the Protected who make the policies; as such, they can handle unexpected changes - specifically, “they are protected from the world they have created.” The unprotected are the people who live within the policies that the Protected created.